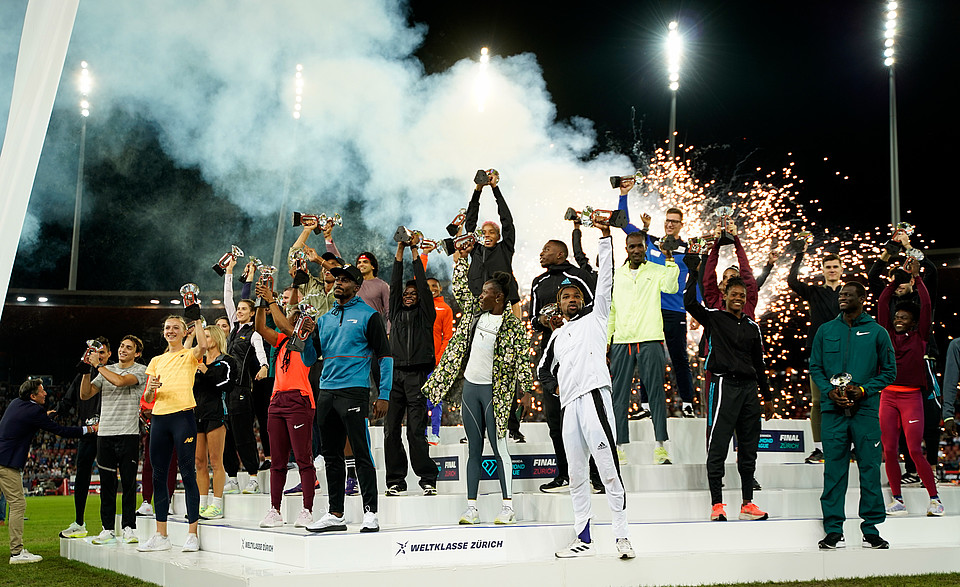 The 2023 Wanda Diamond League season will see Silesia return to the circuit and Eugene host the first ever series final held outside of Europe (ph. Diamond League)

The Wanda Diamond League will break new ground in 2023, with a provisional calendar which includes 15 host cities across 12 countries and four continents.

The 14th edition of track and field’s premier one-day meeting series will be the biggest yet, and the first in which the final will be held in the USA.

Athletes will compete at 14 series meetings from May to September, with the most successful qualifying for the two-day Wanda Diamond League Final at the Prefontaine Classic in Eugene, Oregon on September 16th and 17th.

This year’s Road to the Final will once again feature Silesia’s Kamila Skolimowska Memorial meeting, which has now joined the series for the next five years after featuring on a provisional basis in 2022 to compensate for the cancellation of both Chinese legs due to the pandemic.

The Road to the Final will burst out of the blocks at its traditional starting point in Doha, with the Qatari capital set to host the season launch for the 12th time since 2010 on May 5th.

After touching down on African soil at the Meeting International Mohammed VI in Rabat on May 28th, the series will then head to Europe in June and July. The world’s best athletes will head to Rome on June 2nd, Paris on June 9th, Oslo on June 15th, Lausanne on June 30th and Stockholm on July 2nd.

Silesia, which will be a full member meeting from 2023 until 2027, will host a Wanda Diamond League meeting for the second time in its history on July 16th. Following Herculis EBS Monaco on July 21st, the series will return to London after a three-year hiatus, with the London Diamond League to be held at the London Stadium for the first time since 2019.

Two Chinese meetings in Shanghai and Shenzhen will follow on July 29th and August 3rd before the World Athletics Championships in Budapest. The season will resume with Weltklasse Zurich on August 31st and the Allianz Memorial Van Damme meeting in Brussels on September 8th.

For the first time ever, the Wanda Diamond League Final will take place not in Zurich or Brussels, but on US soil at the Prefontaine Classic. Eugene will host the 2023 season finale, with all 32 Diamond League champions to be crowned across two days of elite athletics action on September 16th and 17th.

Further information on the allocation of disciplines will be released later in December, and the calendar remains subject to changes depending on the global health situation in 2023.