The Olympic Stadium launches the stars Stahl and Kovacs 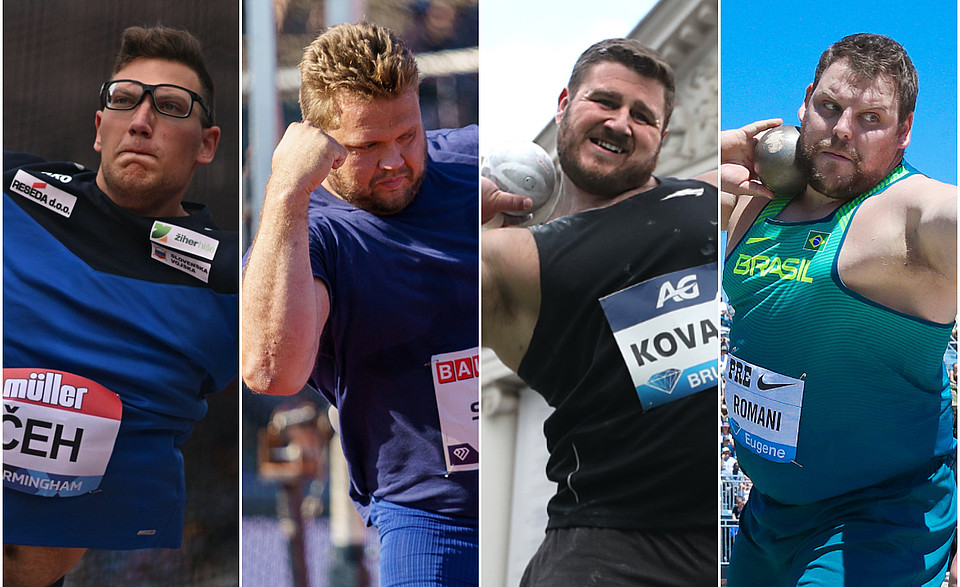 Everything is set for the first +22 metres throw in the history of the Golden Gala. The athletes, who can achieve this goal and break the meeting record of 21.97m held by Bukowiecki, are Olympic silver medallist and world champion Joe Kovacs and world indoor champion Darlan Romani from Brazil. In the past few seasons Kovacs has collected a lot of international medals (two Olympic silver medals, two world gold medals, a European silver) and came close to the 23 metres barrier (22.91m in Doha), but he has not won a Diamond League competition since July 2016. He can break the drought in Rome after his recent seasonal best of 22.49m. Romani will also chase the win after his world indoor title in Belgrade with a super throw of 22.53m. With this result he bounced back from his fourth places in Tokyo and Doha, where he finished off the podium despite an impressive throw of 22.53m. The line-up also features a good quality of European throwers that includes Polish shot putters Michal Haratyk and Konrad Bukowiecki, Italian specialists Nick Ponzio and Leonardo Fabbri (Zane Weir has pulled out the meeting due to a hand injury), Croatia’s Filip Mihaljevic, Serbia’s Armin Sinancevic and two-time world champion David Storl from Germany.

Six of the top eight ranked athletes in Tokyo will fight in the Olympic Stadium in a re-match of the Olympic Games in Tokyo. The stand-out name is reigning Olympic and world champion Daniel Stahl, the fourth best discus thrower in history with his PB of 71.86m set in 2019. He dominated the past seasons with an impressive consistency over the 70 metres and beyond. 23-year-old Slovenian thrower Kristjan Ceh is improving fast and has been the best discus thrower so far this season. He broke into the top ten in the all-time list with his PB of 71.27m, which enabled him to win at the Birmingham Diamond League meeting on 21 May. He finished fifth in Tokyo, where he was beaten by Simon Petterson from Sweden and Lukas Weisshaidinger from Austria, who won the Olympic silver and bronze medals respectively. The other Olympic finalists in the field are Lithuania’s Andrius Gudzius, who reached the top of his career by winning the world title in London 2017 and US thrower Sam Mattis. The field also features world silver medallist Fedrick Dacres from Jamaica, who won the world silver medal in Doha (PB 70.78m in 2019). The meeting record of 68.78m held by Piotr Malachowki since 2010 is under threat.