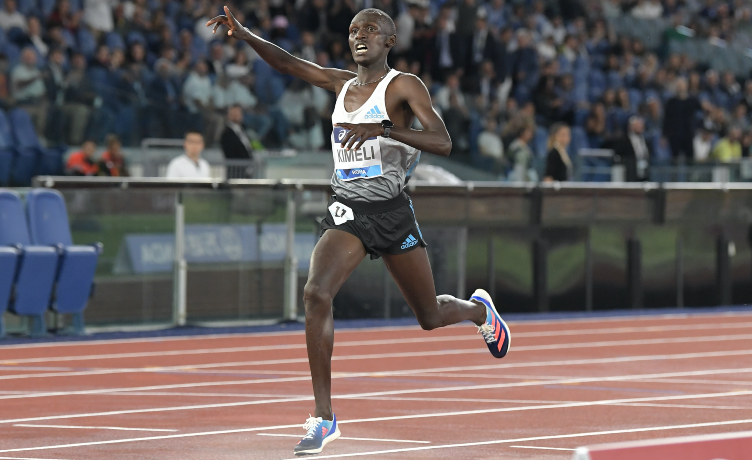 Olympic champion Jasmine Camacho Quinn from Puerto Rico smashed her own previous meeting record to win the women’s 100 metres hurdles in 12.37, one 0.01 faster than the time she clocked in Florence last year. The Puerto Rican hurdler also improved her one world seasonal best by 0.02. Jamaica’s Britany Anderson clocked her seasonal best of 12.50 to take second place ahead of 2019 world champion Nia Ali (12.71).

Jasmine Camacho Quinn: “I know what is coming out here and everytime I just need myself that I have competed in the big world stage like the Olympics. This year I feel more responsibility. Everytime I step out I am going to measure me against being the Olympic champion. I feel that it a lot of pressure. After Worlds, I will be able to relax a bit, but I have other meets”.

Shericka Jackson: “I am actually very good today. I just wanted to come out and run a strong race. I think I did pretty good. When it comes to the Jamaican Trials or major championships, I try not to have a different mindset than when I am at a Diamond League. Anything can happen on the day, so I just focus on coming out and perform at my best”.

Olympic silver champion Fred Kerley stormed to his first Diamond League win in the men’s 100 this season equalling his seasonal best 9.92. Kerley took the second win of his career in Rome four years after claiming victory in the 400m.

Fred Kerley: “This was a good race. I ran a season best. I cannot complain. I did not have to push a lot against my competitors. I did not give my 100%. I enjoyed the race and the crowd.”

European under 23 champion Kristjan Ceh improved the meeting record three times to 70.72m in the final round. Ceh backed up this result with two more throws over the 69 metres (69.06m and 69.71m) which were over the previous Golden Gala record of 68.76m held by Piotr Malachowski since 2010. Ceh took his third Diamond League win of the season after taking his previous victories in Birmingham with 71.27m and Rabat with 69.68m.

Krjstian Ceh: “Every competition is getting better and better, so it is a good result here today. Having competed against the three medallists from the Olympic Games does not make me nervous than usual, because I am always nervous before every competition”

Athing Mu: “I am super excited about this result. I just wanted to come out here and see where I was at. I know what my level was a couple of weeks ago, so I took this race as a rest one. I knew that the pace was going to go out. It is actually very loud in the stadium. This summer it is going to be amazing with the World Championships

Olympic bronze medallist Femke Bol clocked the fifth fastest time of her career to score her third consecutive win in the women’s 400 metres hurdles with 53.02. Janieve Russell from Jamaica, who won in Rome twice in 2016 and 2017, took runner-up spot in 54.18 ahead of Olympic finalist Anna Ryzhykova (54.56).

Femke Bol: “I am very happy. The race went quickly for me. It is my second second 400m hurdles of the year. All this is preparation for the World and European Championships. I am more relaxed. I am satisfied with how I executed the race. I am not having too many competitions before the Worlds. I am missing a World or a European Championships medal”

Olympic and world silver medallist Lemecha Girma broke the 8 minutes barrier for the third time in the past 10 days to take the win in the men’s 3000 metres steeplechase with 7:59.23. Commonwealth silver medallist Abraham Kibiwott finished second with 8:06.73 ahead of Getnet Wale (8:06.74) and Conseslus Kipruto, who set his seasonal best with 8:08.76. Ahmed Abdelwahed from Italy set the third fastest national time with 8:10.29 to finish sixth ahead of his compatriot Osama Zoghlami, who set his PB with 8:11.00.

Olympic bronze medallist Holly Bradshaw from Great Britain and Italian record holder Roberta Bruni shared the second place with 4.60. It was a memorable day for Bruni, who reached her first top-three spot position in the Diamond League circuit after getting her degree at the University. Olympic champion Katie Nageotte finished fourth with 4.60m beating Tina Sutej on countback.

Sandi Morris: “I am ecstatic today. This is the highest I have jumped since last season. I am working with a new coach. It is a very different situation”.

Grenada’s three-time Olympic medallist Kirani James dug deep in the final straight to claim the win in the men’s 400 metres in 44.54 ahead of Vernon Norwood (44.81) and last year’s Diamond League winner Michael Cherry (45.24).

Ukraine’s world silver medallist Maryna Bekh Romanchuk took the lead with 6.85m in the fifth round overtaking Malaika Mihambo, who leapt to 6.79m in the first round. Quanesha Burks took third place with 6.77m.

Ju’Vaughn Harrison: “I just came here to do my best. I was rusty at the beginning but I was able to clear 2.27 in the first attempt. I was able to stay clean. The crowd was great. I really hope to come back here. It was good to see them cheer for their national hero Tamberi”.