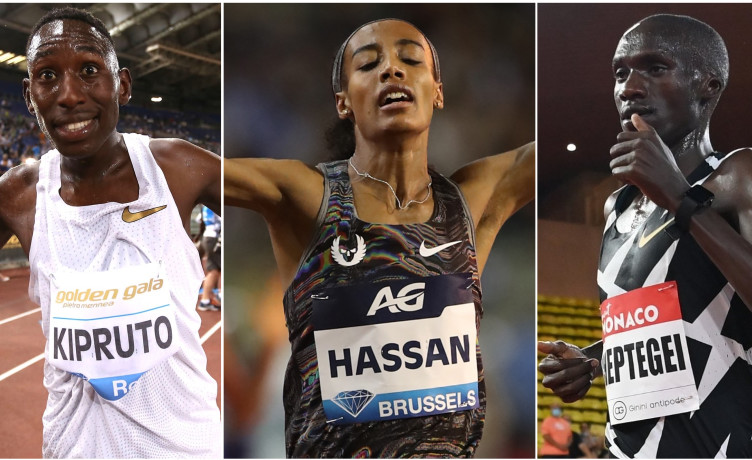 Super middle-distance races on 10th June will be attended by Sebastian Coe, who broke the 800m world record in 1981. Cheptegei and Barega in the 5000m, Hassan and Kypiegon (1500m), Kipruto and El Bakkali are the the most eagerly awaited athleties.

Middle distance runners will run in front of World Athletics President Sebastian Coe, who set the world record in Florence at the former Comunale Stadium, later named Artemio Franchi, just a few steps from the Asics Firenze Marathon. Exactly forty decades since 10th June 1981 and the 1:41.73 world record, which has remained unbeaten until 1997, middle distance running will live another thrilling evening in Florence thanks to three high-quality competitions at the Golden Gala Pietro Mennea, the Italian leg of the Wanda Diamond League.

5000 metres race: When Joshua Cheptegei steps on the track, something special can always happen. Since2020 the Ugandan runner has become the king of 5000 and 10000 metres, setting two breathtaking world records with 12:35.36 in the 5000m in Monaco and 26:11.00 over the double distance in Valencia last October. Cheptegei, a very talented runner, who won the world 10000m title in Doha, is the most eagerly awaited athlete, but is not the only star of the meeting, considering the great depth of the field, especially as far as the Ethiopian contingent is concerned. The line-up features Selemon Barega, world silver medallist in the 5000m and world under 20 record holder (12:43.02), Olympic bronze medallist Hagos Gebrhiwet (12:45.82), two-time world champion Muktar Edris and Telahun Haile Bekele, winner at the 2019 Golden Gala. The world championships podium from Doha 2019 is completed by Mohamed Ahmed from Canada. Abdelati Iguider went to the Olympic and world podium in his career. Birhanu Balew from Barhein set a sub-13 minute PB. European runners do not stand by and watch. The Ingebrigtsen family fields Jakob and Henrik. Italy can rely on multi-national record holder Yeman Crippa, who won the European Team Championships with the event record of 13:17.23, an Iliass Aouani, who improved his PB to 27:45.81 in the 10000m and will run the 5000m race in Florence after the European 10000m Cup in Birmingham. The other names to watch are Stewart McSweyn from Australia and Mohamed Katir from Spain. Be careful to the time: the meeting record and the Italian all-comers record of 12:46.53 held by Eliud Kipchoge since 2004 is within the reach of Cheptegei. Two world records were set at the Golden Gala. Said Aouita became the first runner to break the 13 minutes barrier (12:58.39 in 1987) and Moses Kiptanui clocked 12:55.30 in 1995.

Women’s 1500 metres: All eyes will be set on Sifan Hassan. The most versatile and complete middle-distance runner tested her shape in races over the 800 and 5000 metres in the United States in the past weeks and will run the 10000m in Hengelo before facing the 1500m in Florence. Over the distance, where she is world champion and European record holder, the outstanding Dutch runner is aiming to add another win at the Golden Gala after her triumph in 2017 in a meeting record of 3:56.22. She will face reigning Olympic champion and world silver medallist Faith Kipyegon, who has already won the 800m race in this edition of the Diamond League last Friday in Doha. Scottish middle-distance runner Laura Muir, who stood out with her win in the 1500m in Gateshead, will ensure a very competitive and star-studded race. The line-up also features other top runners: Winnie Nanyondo from Uganda, Ethiopian 20-year-old Lemlem Hailu, who often shone during indoor races, Rababe Arafi from Morocco, Gabriela Debues Stafford from Canada, Scottish runner Eilish McColgan. What a better birthday present for Gaia Sabbatini, who will turn 22 on 10 June, while Federica Del Buono was missing from the Diamond League since 2014; welcome back.

Men’s 3000 steeplechase: In the men’s 3000m steeplechase there are mainly three athletes to follow: world and olympic champion Conseslus Kipruto from Kenya, world bronze medallist Soufiane El Bakkali, who has the fastest time among the entrants with his PB 7:58.15, and Ethiopia’s Getnet Wale, who currently holds the world seasonal best time with 8:09.47. Kipruto is wise in his race tactic, and boasts an endless collection of medal and a favourable tradition at the Golden Gala, where he has always won in his previous three consecutive appearances from 2016 to 2018. The line-up also features Fernando Carro from Spain, Djiali Bedrani from France, and two Italian runners Osama Zoghlami and Ahmed Abdelwahed, who have already secured their qualifying spot for the Olympic Games in Tokyo. Zoghlami ran the fastest 3000m steeplechase race in the past 22 years (8:20.29).