Long Jump and Shot Put in the spotlight in Rome 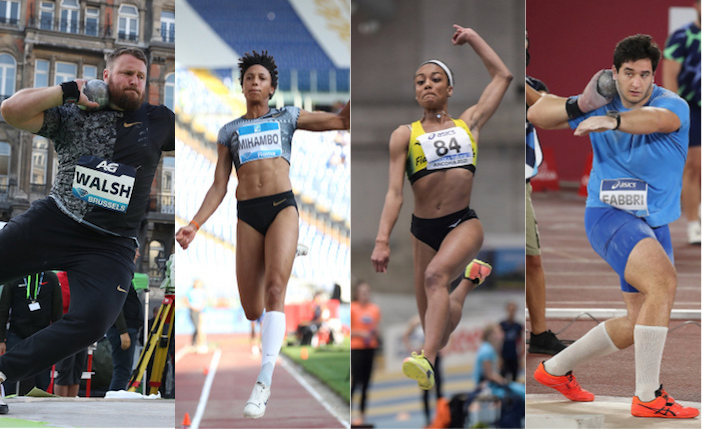 One month before 10th June the Golden Gala Pietro Mennea unveils the first names of a star-studded line-up.

Many of the best world stars of the women’s long jump will compete at the Asics Firenze Marathon Stadium in Florence for the third leg of the Wanda Diamond League. It is shaping up as a high-level competition.

In the tuscan stadium, which will host the 41st edition of the top Italian athletics meeting, reigning world outdoor champion Malaika Mihambo from Germany, who won the Golden Gala in Rome in 2019 with a jump over the 7 metres barrier (7.07m) and triumphed at the World Championships in Doha with a super PB of 7.30m, is ready to take off.

Home favourite Larissa Iapichino, who will make her debut in the Diamond League circuit, will have chance to experience a magic evening. Iapichino set the world indoor under 20 record with an impressive 6.91m on 20th February in Ancona.

“I am very happy and proud that the Golden Gala will take place in Florence, my home town. I feel privileged and honoured to be in the long jump line-up. Thanks for this great opportunity and I look forward to competing with the best athletes in the world. I am still young and I hope this is the first of many more Diamond League meetings I will be participating in”, said Larissa Iapichino.

The young Italian long jump star will also face Chantel Malone from the British Virgin Islands, who has just jumped over the 7 metres barrier with 7.08m, and European Indoor bronze medallist Khaddi Sagnia from Sweden, one of the rivals in Torun, and the other Italian long jump specialist Laura Strati, who reached the final at the European Indoor Championships in Torun.

Florence will be the stage of a hard-fought men’s shot put competition. Tom Walsh, world bronze medallist in Doha, will be competing for the first time at the Golden Gala. Walsh was one of the stars of the unbelievable world championships final in 2019, when he became the sixth best shot putter of all-time, and won the world outdoor title in London two years earlier after claiming the olympic bronze medal in Rio de Janeiro. The 29-year-old shot putter from New Zealand will face many European opponents: reigning European outdoor champion in Berlin 2018 Michal Haratyk from Poland (PB 22.32m), European Indoor gold medallist Tomas Stanek (Czech Republic) and Florence native star Leonardo Fabbri, who improved his PB to 21.99m last season  in Padua after the Italian Indoor record set in Stockolm with 21.59m.

“I have always had the dream to compete in my “home town stadium” and it now comes true. Unfortunately not so many people will be able to attend the meeting due to the pandemic, but I will do my best to compete for them. Somehow they will be there”, said Fabbri.

The line-up also features Filip Mihaljevic from Croatia, Konrad Bukowiecki from Poland and the other Italian shot putter Zane Weir, who improved his PB to 21.11 last winter.