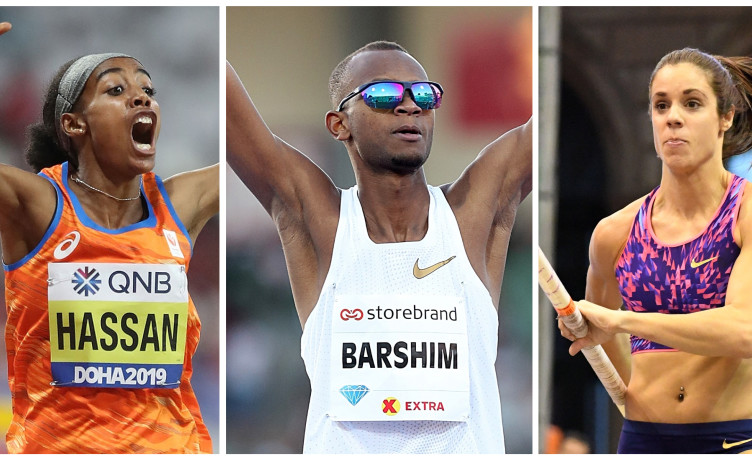 Fasten the seat belts. The Golden Gala is going to fly. The world high jump stars are ready to take off on the runway of the Asics Firenze Marathon Stadium on Thursday 10th June, the third leg of the Wanda Diamond League. A few weeks before the Olympic Games in Tokyo, many of the most eagerly awaited stars of the Olympic Games will square off in Florence. The Golden Gala will host again the jumps of 29-year high jump star Mutaz Barshim from Qatar, who won the gold medal in the past two editions of the World Championships in London and Doha and reached the Olympic podium winning the silver in Rio and the bronze in London. Barshim came closer than any other jumper to break Javier Sotomayor’s world record when he jumped 2.43m in 2014. That season Barshim headlined an amazing high jump competition by jumping 2.41m in the Rome Olympic Stadium. It is shaping up as a big-height clash featuring world and European bronze medallist Ilya Ivanyuk (ANA), who set a PB of 2.37m in Smolensk on 17 May, European Indoor champion Maksim Nedasekau from Belarus, who jumped 2.37m in the exciting European Indoor Championships final in Torun and Italian record holder Gianmarco Tamberi, the local favourite, who jumped 2.35m for the first time in the past five years claiming the European Indoor silver medal.

The women’s pole vault promises to be an exciting competition. The Golden Gala Pietro Mennea will feature Olympic champion Ekaterini Stefanidi (Greece) and world outdoor champion Anzhelika Sidorova (Ana). Stefanidi has already triumphed at the Golden Gala twice in 2016 and 2017 before winning the Olympic gold medal in Rio and the world title in London with his PB of 4.91m. Sidorova ended the 2021 indoor season at the top of the world seasonal list with 4.90m, five cm off her 4.95m PB which made her the third best performer in history (the fourth considering the indoor list). The competition also features European Indoor champion Angelica Moser from Switzerland (indoor PB 4.75m) and Roberta Bruni, who has just set the Italian outdoor record with 4.70m.

The women’s 1500 metres race is shaping up as a star-studded race with a lot of talented runners. It is going to be a preview of the Olympic Games in Tokyo. The big clash between world champion Sifan Hassan (the Netherlands), who scored an unprecedented double win at the World Championships in Doha in the 1500m with a sensational 3:51.95 and in the 10000m, Faith Kipyegon, olympic 1500m gold medallist, Laura Muir from Scotland, European outdoor champion and Beatrice Chepkoech from Kenya, world 3000m steeplechase record holder. Four big names for a luxury middle-distance race.